Mezzo-soprano Barbora de Nunes-Cambraia, nominated for the Thalia Awards 2016, received musical training at the Prague and Pilsen Conservatories, followed up by attendance of numerous master classes in this country and abroad (including among others the Masterclasses of José Cura or Dagmar Pecková, in 2016 and 2012, respectively). She complemented her artistic schooling by language studies at Charles University in Prague. She currently makes regular appearances as a singer in various parts of the Czech Republic, apart from which she has so far toured in Brazil, Japan, Thailand, Israel, France, Germany and Poland, working with leading international and Czech conductors and orchestras, she appears on the Czech and world opera stages.

She has to her credit several CD recordings: Amor eterno, 2009, featuring 19th- and 20th-century operatic arias; Umění milovati (The Art of Loving), 2009, with music by contemporary Czech composer Zdeněk Zahradník; Písně Almy Mahlerové (Songs of Alma Mahler), 2011, a live recording from a concert at Prague´s Municipal House, with Zdeněk Mácal conducting the Prague Symphony Orchestra; A Tribute to the Jewish Soul, 2015, with Ervín Schulhoff´s Symphony for Contralto and Orchestra “Menschheit” and Gustav Mahler´s Kindertotenlieder (played by the Moravian Philharmonic Orchestra Olomouc and the Northern Bohemia Philharmonic Orchestra Teplice, respectively, under the baton of Alfonso Scarano); Cesta k slunci (Journey towards the Sun), 2016, a profile album of contemporary Czech composer Jan Vičar, singing solo part in the symphonic fantasy Žítkovská bohyně (The Žítkov Goddess); song cycle The Magic Wheel of the Zodiac of the australian composer Margaret Brandman; her profile CD with arias and songs recorded in October 2018 in Vienna; and most recently Versi Santi, 2021, a profile album of contemporary Czech composer Josef Vejvoda.

In 2017 Barbora de Nunes-Cambraia made it to the shortlist of nominations for the 2016 Thalie Award in the Opera category, for her creation of the title role in Bizet´s Carmen in a production of the Silesian Theatre Opava.

Since September 2015 she has coupled her artistic career with teaching solo voice at the Teplice Conservatory.

She gave Master classes at the Conservatory in Akko, Israel. 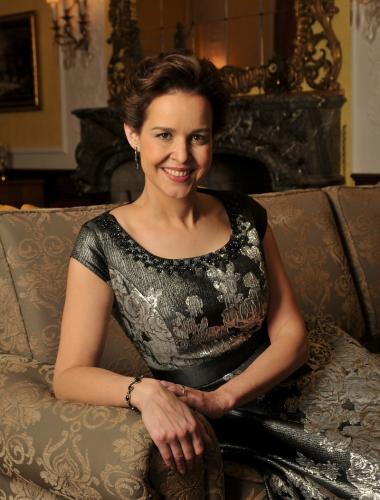